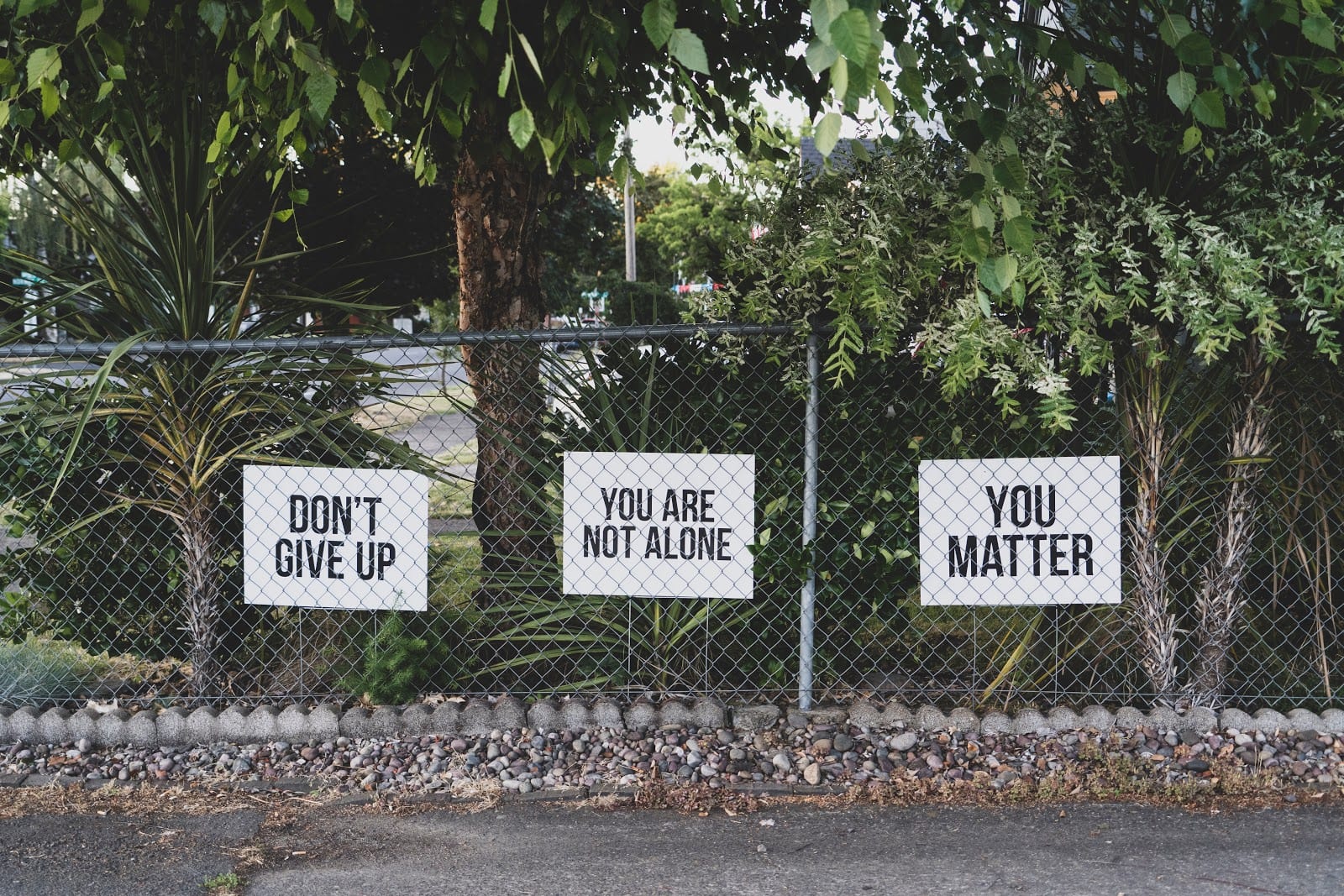 We see it in the news more often than we should with idols who have taken their own life too soon, from music artists Chester Bennington and Chris Cornell to cherished actors such as Robin Williams. We all see it on TV, but many experience the loss personally. So what are the warning signs to look out for and what can you do to help? Read on to find out.

Chances are someone you know is struggling with suicidal thoughts, but identifying the warning signs isn’t always easy. While suicide isn’t a mental illness in and of itself, it can often accompanny another mental illness such as depression, schizophrenia, or bipolar disorder. Those who have recently suffered from a traumatic event or life crisis may also be experiencing suicidal thoughts. So what should you be on the lookout for if your friend or family member needs help?

You may not be able to tell if a friend is experiencing regular sleep problems or feeling a sense of hopelessness unless they confide in you about such things. However, you may be able to spot other warning signs. If someone you know talks about committing suicide or wanting to commit harmful behavior, don’t take it lightly. According to the American Foundation of Suicide Prevention (AFSP), 50-75% of those considering suicide will talk about it beforehand. Not everyone who talks about tempting suicide will do so, but it is never a subject you want to take lightly.

Worried your loved one may be struggling but hasn’t said anything? There are other warning signs you can look out for. Pay attention to changes in behavior. If someone close to you begins to withdraw from those around them, they may be contemplating suicide. In addition to an onset of moodiness that seems uncharacteristic for them, a sudden period of calmness after an episode of depression or moodiness can also be a sign they’ve decided they want to try to end their life. If someone you know begins to take on dangerous or self-harmful behavior, it may be another warning sign they need help, from driving recklessly to partaking in drugs.

How to Help a Friend

You’ve spotted the signs, but how do you help? Simply asking someone how they’re doing can make a profound difference on their well-being. According to the Suicide Prevention Lifeline, research has shown that asking someone how they’re feeling can provide relief to those struggling with suicidal thoughts. Simply being there for someone can help them feel supported. For more information and the steps you can follow to help those in need, check out the Suicide Prevention Lifeline’s campaign, #BeThe1To.

Available Resources in the Lehigh Valley for Mental Health

If someone you know needs help and you aren’t sure what to do, never hesitate to give the Suicide Prevention Lifeline a call at 1-800-273-8255. The Suicide Prevnetion Lifeline is a free resource that has trained counselors available 24/7 and all calls are confidential. For programs near you, visit the AFSP’s Eastern Pennsylvania webpage or join a support group through NAMI Lehigh Valley. For those with teenagers struggling with suicidal thoughts, visit the resources made available through Aevidum.

No matter who is struggling, help is always available. If you’re experiencing suicidal thoughts, call 1-800-273-8255 right away. We can all do our part and be the change we want to see. Show kindness to everyone, because you never know who could benefit from a stranger’s smile.

988 – What to Know About The New National Suicide Prevention Lifeline Network Number
August 10, 2022