3 Easy Ways to Connect with Nature and Improve Mental Health 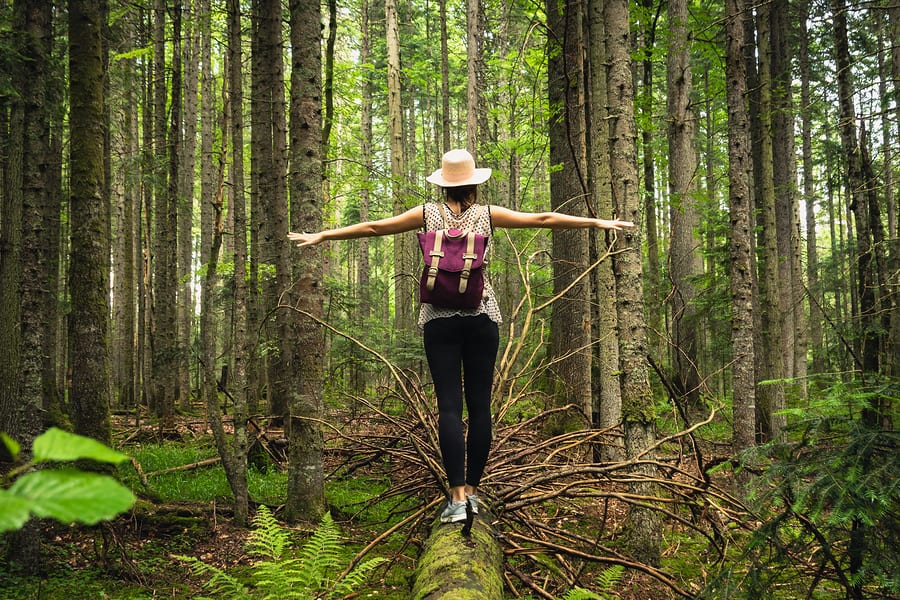 People from all walks of life can suffer from mood disorders. In fact, according to the National Institute of Mental Health, nearly 10 percent of American adults experience some form of mood disorder throughout the year. Of that percentage, 45 percent report experiencing severe symptoms which impact their daily lives.

For some, the endless internal battle can leave them feeling trapped and in need of an escape. If you are one of these individuals, spending time with nature may provide you with a healthy outlet.

Recent studies have shown that spending more time in and around nature can significantly benefit your mental health. This includes reductions in stress, anxiety, and depression.

If you’re interested in exploring the mental benefits of nature but are unsure where to start, here are a few simple activities you can try.

Get a Little Green Exercise

The process of physical exercise in a natural outdoor environment rather than an indoor one is known as green exercise. Green exercise encompasses a number of intense outdoor activities such as kayaking, mountain biking, and cross-country running. However, not all forms of green exercise need to vigorous.

One easy way to start spending more time with nature is by simply going for a walk in a pleasant outdoor environment.

A 2012 study published in the Journal of Affective Disorders suggested that individuals suffering from major depressive disorder who engaged in 50-minute walks in a simple nature environment showed more substantial increases in mood and even memory span compared to study participants who took walks in a city environment.

Dr. Jason Strauss, director of geriatric psychiatry at the Harvard-affiliated Cambridge Health Alliance, recognizes the benefits of simple green exercise.
“When people are depressed or under high levels of stress, this part of the brain malfunctions,” Strauss said, “Having something pleasant to focus on like trees and greenery helps distract your mind from negative thinking.”

Or, if you’re feeling a little more adventurous, a more vigorous activity such as hiking has been shown to have similar effects.

Another great nature activity you can experience (this time without leaving your home) is gardening. Not only can gardening provide you and your household with better nutrition, but several studies have indicated that gardening can actually reduce stress and help with depression.

A 2010 Norwegian study published in the Journal of Advanced Nursing concluded that gardening can help improve mood and reduce the effects of clinical depression.

In the JAN study, participants who were diagnosed with depression, persistent low mood, and “bipolar II disorder” experienced a measurable improvement in their depression symptoms after spending six weeks growing their own plants and vegetables. Perhaps even more interestingly, the study participants reported that this effect persisted even three months after the study had concluded.

Another study, this time conducted by researchers from Wageningen University and Research Center in The Netherlands, also concluded that even 30 minutes of outdoor gardening resulted in reduced levels of salivary cortisol, a biological component which has been shown to correlate with acute stress levels.

If you are physically unable to make it outside, or if you’re just not feeling up for it, not to worry. Another research study, conducted by the United Kingdom’s Brighton and Sussex Medical School in 2017, concluded that just listening to “natural sounds” can also help the brain relax and better control the flight-or-fight response, which often feels as though it is in overdrive in those affected by anxiety disorders.

For this study, the team at BSMS collaborated with audio visual artist Mark Ware to conduct an experiment in which participants were required to listen to sounds recorded in both natural and artificial environments. While listening, participants’ brain activity was monitored in an MRI scanner.

The BSMS team found that while listening to nature sounds, participants’ brain waves reflected an “outward-directed focus of attention,” which correlates with feelings of reduced stress and relaxation. When listening to artificial sounds however, participants’ brain waves reflected the opposite, an “inner-directed focus of attention,” which is similar to brain states that are often observed in those suffering from anxiety and post-traumatic stress disorder.

There are many ways to connect with nature that can benefit your mental and emotional health. If your mood disorder or anxiety has you feeling overstimulated, many of these activities can be done from your very own home. Either way, becoming closer to nature can help.

If you’re interested in participating in a research study like the ones mentioned above, or if you want to know more about what you can do to contribute to mental health research, don’t hesitate to apply for a Lehigh Center clinical research study today.

What is Stress? Breaking It Down For National Stress Awareness Month
April 27, 2021
Recent Studies
Research Categories
Go to Top