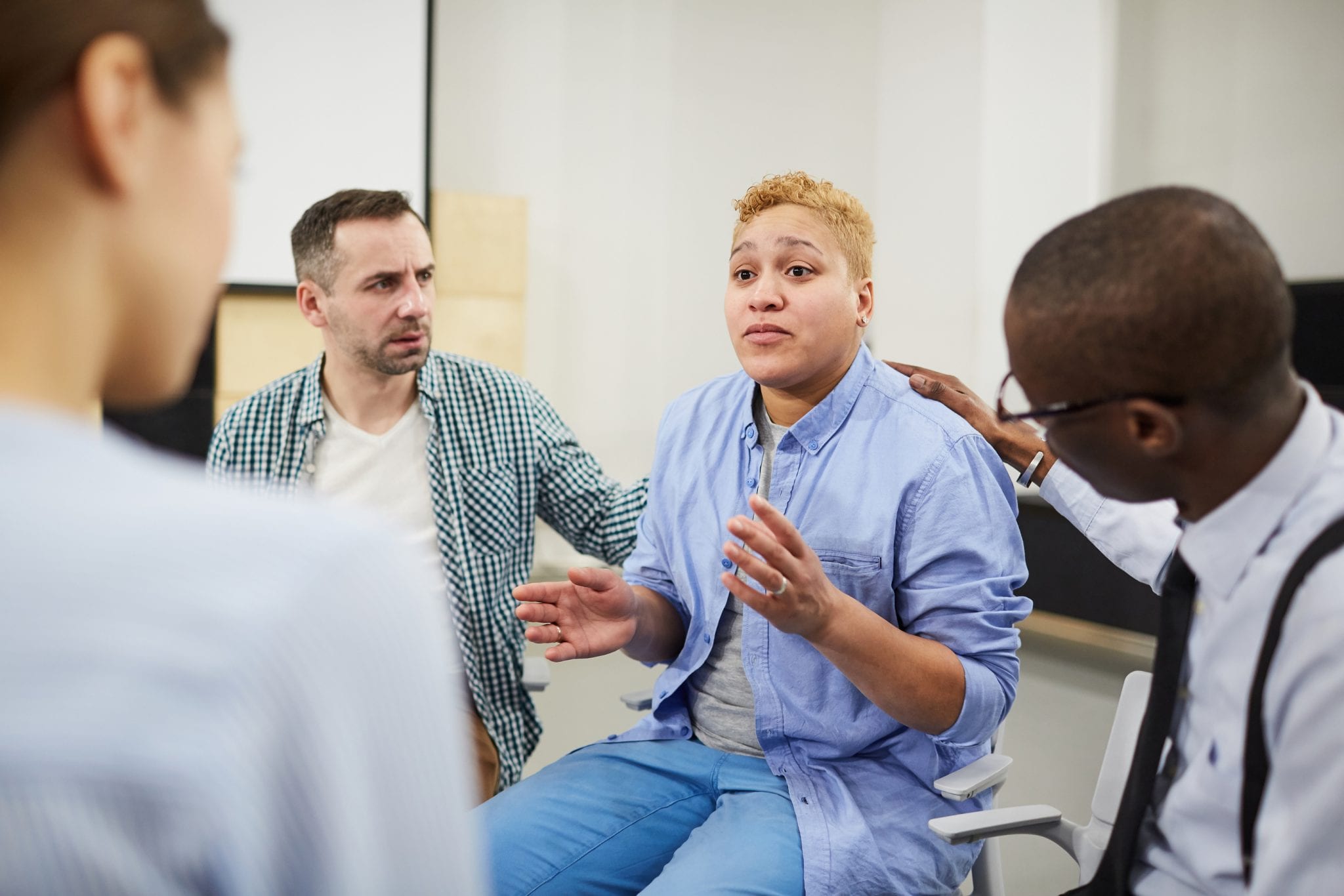 July is Minority Mental Health Awareness Month, and here at the Lehigh Center for Clinical Research, we’re paying attention. You may be wondering, “What’s the significance of the cause? Why do we dedicate July to it?” Well, we recognize minorities struggling with mental health problems like depression, anxiety, ADHD, and beyond this month, because people in minority communities with mental health issues are so often overlooked. While mental health issues are overlooked regularly across all ethnicities, unfortunately in minority communities they are almost entirely ignored; proper and adequate care is also more difficult to receive. These problems compound and unfortunately many Americans are left behind.

It’s for these reasons that we hope to promote at least some awareness.

The State of Minority Mental Health

You’re a black youth living in America. You suffer at the hands of bullies everyday. Racism is alive in America, you have to deal with it at school, in public, and all over the internet. When you get home — if you have one — it doesn’t really feel like a home. You live in poverty, and you likely don’t have a father figure. You’re told by the adults in your life to toughen up: showing emotion is a weak trait. All of this creates a recipe for trauma and mental health issues, and things get worse when you realize there is a serious lack of access to medical care.

The Nation’s Health reported, “Access to mental health professionals might be limited by a person’s insurance status, for example — more than half of U.S. residents without health insurance are people of color.” Access isn’t just limited to health insurance. There’s a need for transportation, child care, time off from work, and more that make getting an appointment with a healthcare professional and keeping it nearly impossible.

Beyond this, there is a lack of minorities working in the field. There is little diversity in the professionals trained in mental health. People want to talk to someone they can relate to, someone with similar life experiences, and often people of color are more likely to serve communities similar to the ones they grew up in. If we had more minorities in the field, then we could have more people getting help.

Of course there’s a lack of access to education in these communities, so unfortunately less professionals emerge.

When compared to white people, multicultural people and other minorities reported worse mental health functioning and more symptoms of depression when compared to white people. This was a national average according to the Center for Medicare and Medicaid Services, Office of Minority Health. Those who identified as multi-ehtnic were the minority most likely to report poor mental health.

In general, depression is reported as the most common mental health condition across all minorities. In the same study cited above, Puerto Ricans reported a depression rate at 40 percent, black people reported at 27.1 percent, and American Indians reported rates 9 percent higher than white people.

Lack of diversity in the field doesn’t just make access worse, it makes understanding worse. A lack of diversity in the professional sphere breeds cultural insensitivities which lead to negative outcomes such as higher treatment dropout rates. Psychiatric Times reported that minorities are less satisfied with the quality of care they receive and it’s mostly because providers simply do not understand their unique needs.

There is also the issue of discrimination in the field. Unfortunately, some individuals who work in the mental health industry have the assumption that mental health needs are less prevalent among minorities as compared to white people. We know that this is actually the opposite, and their assumption leads to less diagnoses. This report shows that racism isn’t just a civil rights issue: it’s a public health concern.

What Can Be Done?

Fixing these systemic issues won’t be an overnight process. It’s going to take a collective effort across the nation to account for all the under-served people and tailor interventions to help them with their challenged.

Providers will have to work hard to listen closely to minority patients and do their best to provide an environment that’s conducive to proper treatment. We need to ensure that everyone feels safe and empowered so that they can receive the treatment they need and deserve.

In a 2013 Atlantic article, “How Racism is Bad For Our Bodies,” Jason Silverstein pointed out that the cyclical effect of discrimination on health is what is referred to as “embodied inequality.” This generates poor health outcomes that are often passed down from generation to generation: depression is traditional in some communities. This creates a vicious cycles where those who are sick and poor will remain sick and poor.

While there’s certainly been process in recent years thanks to campaigns like #NotACharacterFlaw and #MyStoryMyWay, there is still a stigma associated with mental illness. This isn’t limited to minorities by any means. There needs to be work done to lessen the embarrassment felt in at-risk communities, and there needs to be an effort to illuminate that mental health is essential to overall well-being: it’s as important as proper diet, sleep, and exercise.

Advocacy and outreach: Public health advocates have proven that the barriers can be broken down. For example, the Substance Abuse and Mental Health Services Administration created the Office of Behavioral Health Equity (OBHE). OBHE aims to eliminate disparities in mental health care across all populations and it’s helping under-served ethnic and racial groups understand the importance of maintaining good mental health.

Integrating care: If we take action to integrate mental health care with primary care it could reduce the disparities in access. This would result in more people actively seeking help as they would have the tools they need to get it.

Here at the Lehigh Center for Clinical Research we aim to serve all those suffering from mental health issues. That’s why our studies are open to the public, and we actually strive for diversity. We are currently running studies on depression, ADHD, Bipolar Disorder, Fibromyalgia, and Alzheimer’s. If you’re suffering from any of these there is no reason to feel shame. You could help find a cure. Click here to learn more about our studies and how we plan to make a big difference for American’s of all backgrounds.

How to Fight Internalized Stigma About Mental Health
May 20, 2022

5 Reasons to Participate in a Clinical Trial
January 26, 2021