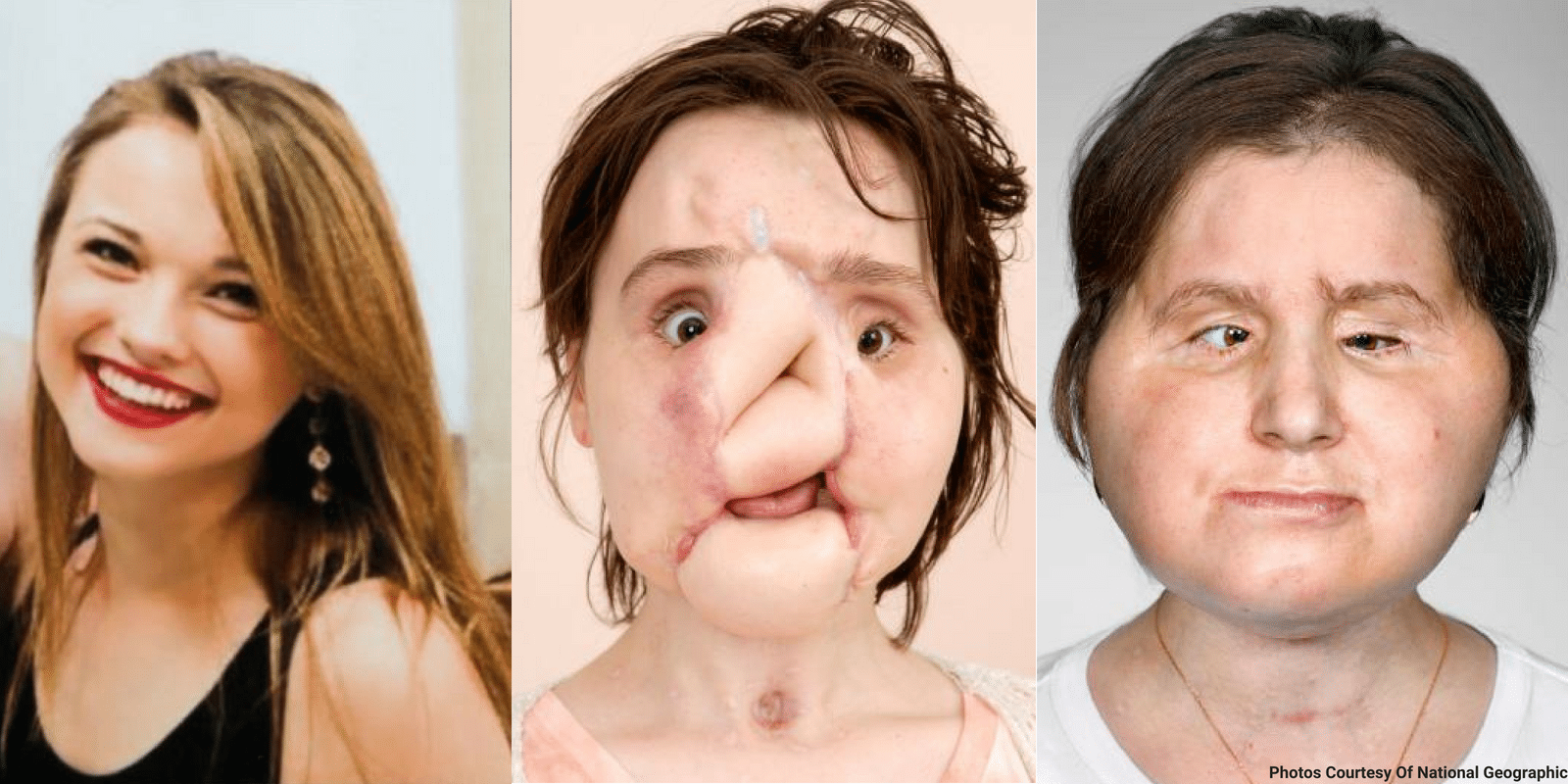 In March of 2014, Katie Stubblefield’s life felt like it was spiraling out of control. Not only had the 18-year-old undergone multiple surgeries for gastrointestinal problems, but her mother had just lost her job and Katie herself had just had her heart broken by a cheating boyfriend. These stressors plus Katie’s “perfectionist” attitude led her to attempt to kill herself in the bathroom of her brother’s house in Mississippi using a .308-caliber hunting rifle.

Katie miraculously survived. But while the incident did not take her life, it did take away her face.

When she was first admitted to the hospital in 2014, a trauma surgeon with over 30 years of experience claimed that Katie’s case was the worse he had ever seen. The only way for her to lead a functional life again, in his opinion, would be if she underwent a face transplant. After that, it took three long years of countless hospital visits and careful planning for Katie to become the youngest person to ever receive a face transplant at the age of 21.

What is a face transplant?

Full and partial face transplants are medical procedures in which surgeons replace all or parts of a person’s face using donated tissue. This includes the skin, bone, nerves and blood vessels, all coming from a deceased donor. Katie is believed to be the 39th person in the world to receive one.

While the surgery itself was incredibly stressful on Katie’s body, it was thankfully successful. Using tissue from Adrea Schneider, a 31-year-old woman who died from a drug overdose, the 31-hour surgery restored Katie’s facial structures and basic functions like chewing, breathing, and swallowing. Most importantly, Katie emerged from surgery with a second chance at life.

While Katie’s suicide attempt did not take her life, many others are not as lucky. Across the entire world, approximately 800,000 people take their own lives every year. When broken down, this equals about one person every 40 seconds.  In 2015, about 18% of students were reported to seriously contemplate suicide, with female students outweighing male students. Guns are the most common method of suicide in the U.S., totalling about 22,963 suicide deaths.

Mental health disorders like depression, anxiety, and bipolar disorder are to blame for many suicides. People suffering from these disorders often feel empty, lonely, insecure, extremely guilty, or not good enough to fit in with their peers and function normally in society. Majority of those suffering from such serious mental health disorders fail to have their disorder diagnosed and therefore treated, which can then lead to a lower quality of life and eventually even suicide.

Katie understands how fortunate she is to have not only survived her suicide, but receive a new face. But her journey to recovery is far from over. Katie must continue physical and occupational therapy, work with a speech therapist, and take Braille lessons as her vision has been severely damaged from the gunshot wound.

Despite the uphill battle that faces her, Katie is optimistic. Eventually, she hopes to enroll in online college courses and is considering becoming a counselor. She told National Geographic she wants to speak to teenagers about suicide prevention and the value of life. “So many people have helped me; now I want to help other people.” She wants to live a normal life but also hopes to reach other young people who are struggling. She wants to not just warn people of the impact of suicide, but use her experience and her facial wounds to demonstrate how one rash decision can negatively impact and change your entire life.

Katie realizes now that “life is precious, and life is beautiful” and she plans on using her second chance to experience the beauty that life has to offer.

If you or someone you know is struggling in their lives with symptoms of depression, anxiety, or bipolar disorder, contact us now. At the Lehigh Center for Clinical research, we conduct cutting-edge research trials to discover new treatment options for those living with mental health disorders. Above all, we seek to help our patients remember to never lose hope.

Surviving the Season: How to Manage Mental Health During the Holidays
December 15, 2020
Recent Articles
Categories
Go to Top