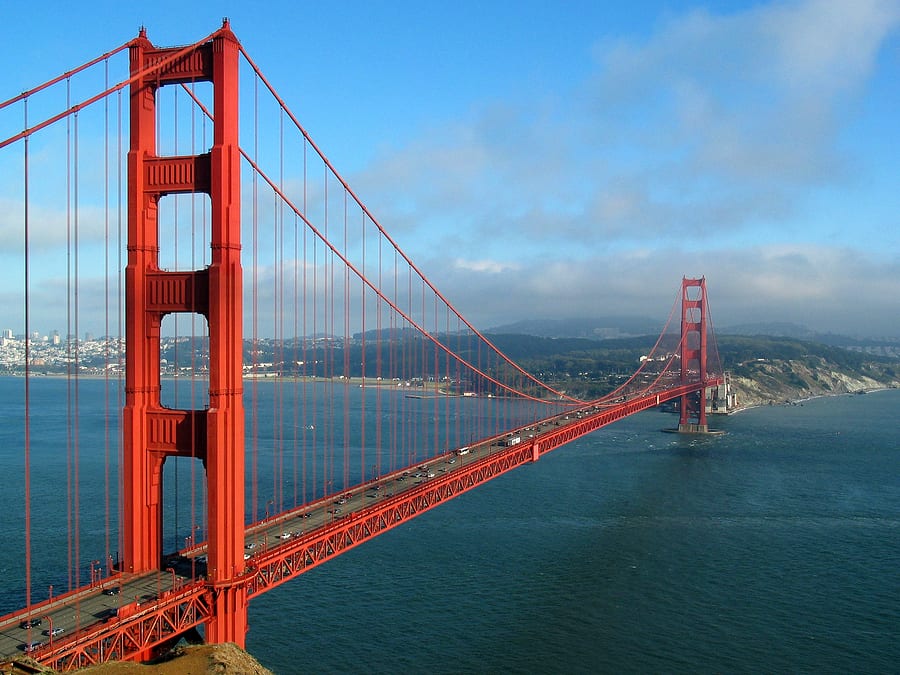 Mental health has become a serious issue that cannot be ignored. Depression, never-ending anxiety, and other debilitating disorders can feel impossible to overcome. Unfortunately, that’s exactly what happened to 18 -year-old Kyle Gamboa, who took his own life by leaping from the Golden Gate Bridge five years ago.

Kyle’s story is just one of an estimated 1,700 since 1937. According to The Mercury News, bridge patrol officers encounter jumpers at a rate of once every other day, if not every day. Now, in an effort to prevent this horrible occurrence, the city of San Francisco has ordered the construction of a barrier safety net that the city hopes will deter individuals from jumping and if not, prevent them from succeeding at the very least.

“This is the largest suicide deterrent net installation in the world, especially in the country,” said Ewa Bauer-Furbush, the Golden Gate Bridge Highway and Transportation District’s chief engineer. “It is a technically complex project that requires a lot of effort from all vendors of the project team that are involved in bringing this to completion.”

Set to be completed in January 2021, the barrier will measure 380,000 square feet. The net is connected to the bridge via four large metal support beams. This endeavor alone is expected to cost nearly $190 million, with another $19 million being spent to retrofit the bridge, since the installation of the barrier will affect the landmark’s ability to withstand high-volume winds.

Following completion, the condition of the barrier and bridge will be monitored over the course of five years. This is expected to cost an additional $4 million annually, but the benefit of saving thousands of lives is presumably well worth the cost for the city and its people.

The project is a testament to the increasing awareness and compassion on the part of the State of California and U.S. citizens as a whole towards mental health disorders and those who struggle with them. The Golden Gate Bridge barrier is just one of many future undertakings deemed necessary as more and more people suffer from depression and other mental illnesses.

For those directly involved in the tragedy of suicide, the project serves as a beacon of hope and a direct message from their fellow humans that they are not alone. Earlier this year, a group of family members whose loved ones had succeeded in their fatal leap made their way to Richmond to see a prototype of the barrier.

“It was pretty emotional for everybody that has been involved to actually see something out there,” said Kymberlyrenee Gamboa, Kyle’s mother. “Because it does take so much time with the planning and with the design and with the fabrication before you actually see something on the bridge that says, ‘Hey, this project is actually moving forward.’ …I’m just really pleased with how the district has handled this project,” she added.

Suffering from depression and thoughts of suicide can feel impossible to overcome, but you are not alone. At Lehigh Center for Clinical Research, we are doing everything we can to help solve this global pandemic. To learn more about what we do to help sufferers of mental illness, or to participate in a clinical study yourself, do not hesitate to contact us. At LCCR, We are always here for you.

Why is it Important to Get Early Memory Screenings?
June 23, 2022
Recent Studies
Research Categories
Go to Top